“ India has ample talent in Badminton, who can become renowned players in the world and bring laurels in international tournaments. I wish to contribute to the Indian badminton circuit by providing a platform and coaching with world-class facilities, at affordable cost ”.

Mr. Chetan Anand is a renowned former badminton player from India. He has won several international tournaments. He has a career-best world ranking of world no 10. He has won the prestigious commonwealth bronze in 2005. Chetan Anand was a four-time national badminton champion in 2004, 2007, 2008, and 2010. He is also the recipient of the prestigious Indian Arjuna Award. He currently holds the position of senior coach at the Badminton Association of India.

Chetan Anand – the name that resonates with Indian Badminton as an artist with the racquet – has decided to contribute back to the sport that he dearly loves.

Chetan decided to provide the right coaching and infrastructure to the aspiring players with unflinching dedication and determination to win medals for India. He started CHETAN ANAND BADMINTON ACADEMY (fondly called as CABA) with international standards as he felt players should be provided world-class facilities for training. CABA has 2 branches – the one in Madhapur, which has 3 courts, and at Ameenpur (main campus), which has 10 matted international courts.

Chetan Anand feels that the players should be provided world-class facilities at his coaching center, so he ensured that CABA has a gym, ice bath, a large yoga room, physiotherapists, 13 courts built with international standards, hostels for out-of-station players, food courts, and many other features. In addition to this, the Ameenpur facility has a large cricket ground that is frequently used for outdoor fitness and recreation. Ameenpur campus is built over 9 acres of space and Chetan Anand’s vision is to see it as a Sports Village.

Chetan Anand ideology is that there are some distinct qualities and characteristics that players must possess/practice to excel in the sport. He strongly feels that hard work & discipline cannot be compromised. Players must have the killer instinct coupled with the right composure to get the right results. And in addition to this, patience and perseverance are the keys. Parents should trust the coaches and be supportive, work with the coaches seeing the long term goals.

Chetan Anand opines that the coaches play a key role and their contribution is as critical as that of players. So, he (along with the coaches) are striving to help, guide, and improve the standards of the games of his students, to see them represent at the highest levels. He is pleased to see the results coming (since CABA started 2 years ago) as some of his students have already won various championships at the national, state, and district level. 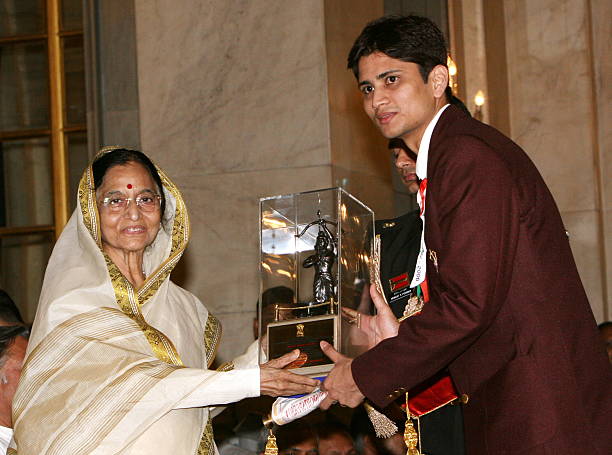